A plan to construct a five-building office park and a retail plaza across from the Transit Valley Country Club has started to transform a swath of largely undeveloped land on Transit Road in Clarence.

Bevilacqua Development LP has started construction on three new suburban office buildings aimed at medical and professional tenants that will make up the $10 million Transit Meadows Professional Park. A second phase slated to begin this summer would add two more office buildings to the complex at 6041 Transit.

The developer also plans to build a retail plaza nearby on the site of the former Buggy Wash at 6031 Transit Road that would include a fast-casual restaurant.

The first $7 million phase of the office complex is underway, with the shells of three 10,000-square-foot buildings nearly completed and all work slated to be finished in August, said President Jonathan Bevilacqua.

The East Amherst-based developer has two tenants lined up, including Tonawanda Pediatrics, which will operate as Transit Meadow Pediatrics in 7,000 square feet, and 10-11 Group, a medical software company that will employ 50 to 60 people in 6,000 square feet. Crews will start work on the interior space for those tenants in the next two months, Bevilacqua said.

There’s still space available in the rest of the buildings. Bevilacqua said his company is negotiating with a couple of other prospects. Those tenants, which would take up a total of 10,000 square feet, would mostly fill up the facilities.

The developer then plans to break ground in early summer on the project’s $3 million second phase, with two 7,500-square-foot buildings. No tenants have signed on yet.

Bevilacqua Development will seek approval from the Town of Clarence Planning Board for an adjacent 8,900-square-foot retail plaza, to be erected on the former Buggy Wash property at 6031 Transit, between Buffalo Pharmacy and a Noco shop. The car wash has already been demolished and the site is cleared and vacant.

The single-story plaza, expected to cost $1.6 million, would likely have four to five tenants, including a fast-casual restaurant that is close to signing a lease, he said. 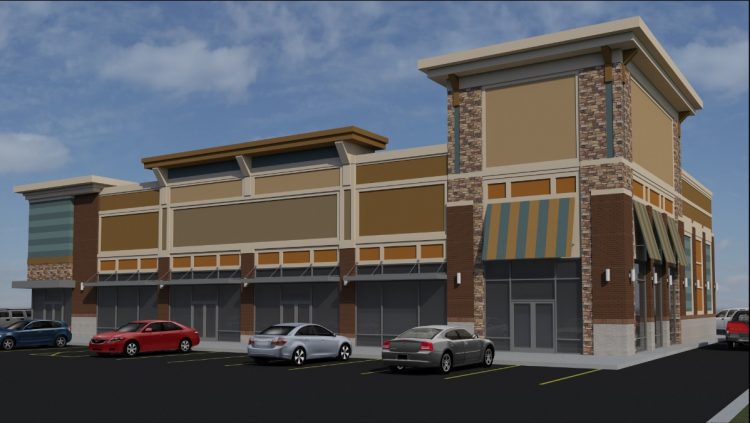 This is the latest project in the Amherst area for the suburban-focused firm, which previously teamed up with Ellicott Development Co. on the University Place complex near University at Buffalo. The company also built the Commons on North French apartment building and retail plaza on North French Road near Transit.

The Transit Meadows site had previously been identified for an office park five years ago by North Forest Office Space and then by Buffalo Pharmacies owner Joe Voelkl. Both proposals would have been similar or larger in size and scope, but never went forward despite town approval.